Another Successful event held today with the standard of piping, drumming and tenor drumming played at a very high level. Congratulations to all the prize winners and thank you very much to all the competitors, parents & supporters who made the effort to travel to Lochgelly and have continued to support this event.

Kingdom Thistle is very much indebted to our event sponsors for their continued support. It very much appreciated. All the prize winners gaining a medal and a prize kindly donated by our sponsors.

We would also like to thank our team of stewards, runners and our compiler without whom the contest would not run at the same level, also to the adjudicators, Ian Duncan (Piping) Tom Brown (Piping) Stuart Coils (Drumming) Gordon Brown (Drumming) & Lynne Ward (Tenor Drumming)

Today was also another first for Kingdom Thistle. We had a competitor from the British Army.
L/Cpl Jamie MacDonald 3 Scots,Royal Regiment of Scotland, Pipes & Drums of the Black Watch.

We would like to congratulate L/Cpl Macdonald who only last week successfully completed his Army Pipe Majors course at the Army School of Bagpipe Music & Highland Dance. 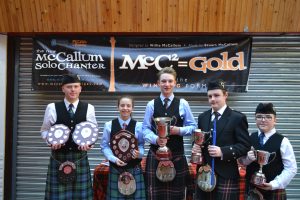 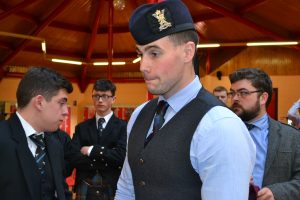 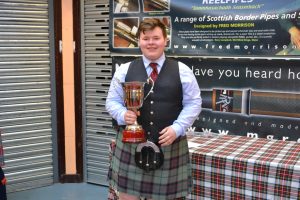 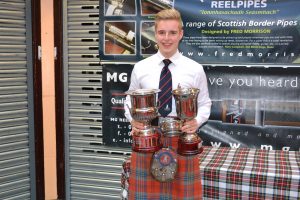 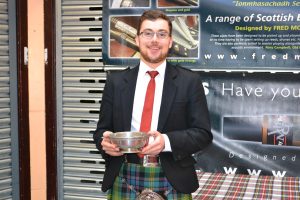 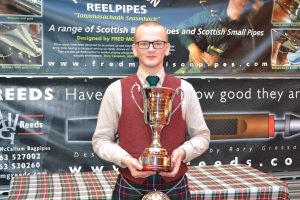 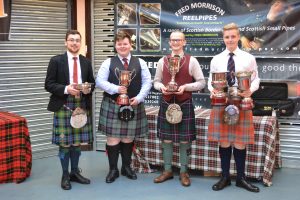